I love the sea, and I also happen to live by the sea, so all of my suggestions for today revolve around the seaside. Perhaps this is also due to the fact that I’m currently reading another book in which the sea is a central figure: Death and the Seaside by Alison Moore. (So far so good, ask me about it when I’m done reading it!)

In any case, one thing that’s different in today’s set is that I’ve decided to switch it up a little bit. Instead of a music album, I’ll be recommending a computer game, one that is replete with sea sounds, seascapes, and the music to go with it.

Here are my humble suggestions for… day 2: Dreaming of the sea. 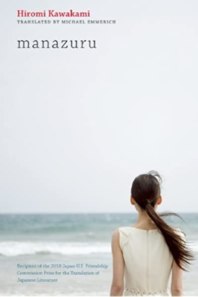 This short novel by the author of Strange Weather in Tokyo and The Nakano Gift Shop (both of which I also wholeheartedly recommend) was originally published in Japanese in 2009, and its first English translation appeared a year later, in 2010.

Twelve years after her husband’s disappearance, Kei, the main character, decides on a sudden whim to board the train from Tokyo to Manazuru, a seaside town in the Kanagwa prefecture of Japan, turning away from the lull of her day-to-day life to embrace the lull of the sea. In the book, the town is lonely, ghostly, and the narrative winds poetically through Kei’s memories, present impressions, and personal spectres.

The novel doesn’t seem to be available in e-book form at this point, but you can easily secure a hard copy. For a taste of Hiromi Kawakami’s style, you can read a selection of short story by her on the Granta website. 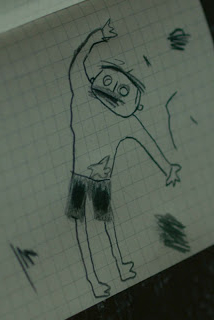 A French film released in 2015, directed by Lucile Hadžihalilović, who is also the mastermind behind one of my all-time favourites, Innocence.

Spooky and Gothic, the film takes place in an anonymous seaside town, inhabited solely by little boys and their mysterious, somewhat frightening Mothers, who rule their lives completely. Who or what are these Mothers – all of them looking and dressing the same – and why are there only little boys in this town? And what happens if the boys disobey? One of the most poetic and unsettling films I’ve ever watched, and the ending gave me a lot of food for thought.

It is very slow-paced, however, so not for those who enjoy a lot of action packed in a short amount of time. (Not nearly as slow-paced as Innocence though.)

You can watch the film on BFI player, with a subscription.

This is an indie exploration game from the no-longer-active developer Tale of Tales, brainchild of Auriea Harvey and Michaël Samyn, life partners and “real time artists”, as they dub themselves.

The game was originally released in 2012, and it is most definitely not everyone’s cup of tea. It is completely plotless, its only aim artistic exploration. In it, you can play a female or a male character, transported by a “dream machine” (my interpretation) to a Matrix-like simulation of a deserted sea front. The character can roam the beach, admire the stars and planets in the sky, or enter the lonely villa on the sea front, where they can drink red wine and play chess on their own or, if they are lucky, with another player (destined to remain anonymous) in real time.

Bientôt l’été prominently features quotes from Marguerite Duras’ novel Moderato Cantabile (1958) and a nostalgic soundrack from French singer-songwriter Charles Trenet, who was most active in the 1930s-1950s.

You can buy and play the game through the Steam platform. If you’re lucky, you may end up playing chess in the lonesome villa with my character.